A cap on the benefits your insurance company will pay in a year while you’re enrolled in a particular health insurance plan. These caps are sometimes placed on particular services such as prescriptions or hospitalizations. Annual limits may be placed on the dollar amount of covered services or on the number of visits that will be covered for a particular service. After an annual limit is reached, you must pay all associated health care costs for the rest of the year. Many health insurance plans place dollar limits upon the claims the insurer will pay over the course of a plan year. Beginning September 23, 2010, PPACA phases annual dollar limits will be phased out over the next 3 years until 2014 when they will not be permitted for most plans. There is an exception to this phase out for Grandfathered Plans. Except for Grandfathered Plans, beginning September 23, 2012 annual limits can be no lower than $2 million. Except for Grandfathered Plans, beginning January 1, 2014, all annual dollar limits on coverage of essential health benefits will be prohibited.

Find out how much you can save on health insurance. 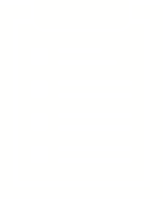 Getting your free insurance quote starts here!
Simply enter your zip code to get started.